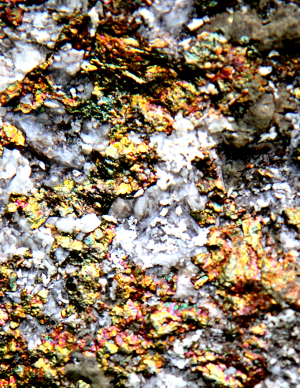 Mr Henry has been shunting BHP towards decarbonisation, seeking to divest its entire portfolio of oil, gas and thermal coal assets. He also wants to broaden BHP’s exposure to metals like copper and nickel, which are needed for electric vehicles and renewable energy.

But Mr Henry says the company is finding it harder to get anything going, even copper mines, because of new green policies.

“Some of the policy overlay that exists currently will work against the world’s need for more of these commodities quickly and reliably,” he said at a conference run by London’s Financial Times.

“I start from the perspective that policymakers are smart, thoughtful people, but they are also needing to manage multiple priorities and multiple constituencies at the same time.

“Sometimes the fact that things are not coming together in as tight a way as the world needs them to, or as quickly as we would like, is not necessarily due to a lack of understanding, It is due to the complexity of the stakeholders that are involved and the various tensions that need to be navigated.”

Mr Henry was asked whether the world risks ruining its decarbonisation goals by walking into a shortage of metals such as copper.

“To some extent, that is the history of the resources sector. It is why we have such a cyclical industry,” he said.

“In terms of unintended consequences, yes, there are some. For example, in the strong push for decarbonisation with the ensuing implications in terms of copper demand, nickel demand and so on, the world does need more copper supply to be brought to the market more quickly, and the same for nickel.”

Mr Henry called for governments, miners, investors and other stakeholders to work together to back the companies and projects that deliver the commodities the world will continue needing.

However, he acknowledged this support also needs to consider companies that deliver good outcomes for traditional owners, the environment and other stakeholders.

“The challenge for all of us is to come together and get the system operating in the way that the world needs it to operate as quickly as possible.” he said.