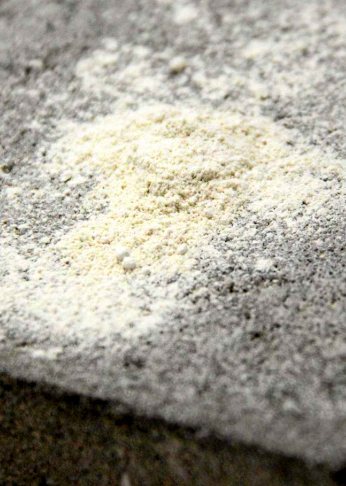 Australian researchers have patented a new invention to prevent the spread of pollutants from contaminated concrete.

Fire-fighting foams have contaminated concrete and soils at fire-training and commercial sites across Australia and worldwide.

Many so-called aqueous film-forming foams contain per- and poly-fluoroalkyl substances (PFAS) chemicals, which can enter ecosystems and move through food chains, accumulating in animal and human bodies.

A new modified natural clay, called matCARE™, soaks up toxic substances and binds them irreversibly, according to Professor Ravi Naidu from the Cooperative Research Centre for Contamination Assessment and Remediation of the Environment (CRC CARE).

Clay has been widely used to absorb and clean up pollution. In their latest project CRC CARE researchers identified a type of clay that was especially effective at trapping PFAS.

They activated the fibrous clay, making it more effective at trapping pollutants. The resulting product irreversibly locks up PFAS, preventing it from leaching into the environment.

“Concrete acts like a sponge. It has a very porous structure and can readily soak up PFAS. Rain can then wash these pollutants out of the concrete and into soil, creeks, riversand groundwater,”says Professor Naidu.

“A few kilograms of matCARE will successfully treat a typical contaminated site, protecting people and the environment. It is inexpensive and effective.”

The tiny particles penetrate contaminated concrete, locking up the PFAS and preventing it from leaching into the surrounding environment.

There are estimated to be thousands of PFAS-contaminated sites in Australia.

“Many of the sites include contaminated concrete. Treating these with nano-matCARE will often represent a better, more environmentally friendly and cheaper clean-up method than removing and transporting the concrete for further treatment,” he said.

Tests so far have shown that nano-matCARE will immobilise 99.97 per cent of the PFAS chemical perfluorooctanesulfonic acid (PFOS) in contaminated concrete.

After 10 months, more than 99.61 per cent of the chemical remains immobilised.

The matCARE slurry also locks up other pollutants in concrete, such as hydrocarbons, and can be used to treat contaminated soil.