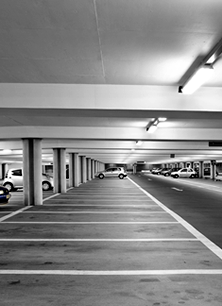 The Audit Office has once again found the Coalition allocated funding to marginal seats it wants to win.

The Australian National Audit Office (ANAO) has been running an inquiry after it found that a $660 million fund to build 47 commuter car parks near train stations had not been awarded on a “merit-based” system.

It ended up funding works on car parks that had not even been proposed by the Department of Infrastructure.

In fact, the ANAO has found that the entire $4.8 billion Urban Congestion Fund, of which the car park fund is one element, lacked transparency and competitiveness.

“The distribution of projects selected reflected the geographic and political profile of those given the opportunity by the government to identify candidates for funding consideration,” auditor-general Grant Hehir said.

“It started being initially termed as being ‘top 20 marginals’ … to touch base with the top 20 marginal [representatives] — either the member of the House of Representatives, the duty senator, or [their offices] — to ask them; ‘What projects in your electorate are worthy of being put through this program?’” Mr Boyd said.

“In some cases, the evidence shows the local member or duty senator was actually engaging with the [Prime Minister's Office], who would then pass it onto the Minister's office,” Mr Boyd said.

Mr Boyd said the government ended up basing its decisions on electorates, not traffic congestion.

“It was starting from a different direction. We can see that in a sense, I think there was one electorate they canvassed that we don't think even had a railway station in it,” Mr Boyd said.

“So it was very much that approach of starting with the electorate rather than; ‘Here are the routes and here is congestion’ ... and that's why we need to address this.”

The wonky selection process is reminiscent of the rorted sport grants program run by the same Morrison Government. However, while the sports grants were swayed according to a colour-coded spreadsheet highlighting party affiliations in the locations of public grant applications, the locations for the car park program did not involve a public process.

The Department of Infrastructure reportedly advised against an open, competitive process.

Infrastructure Department deputy secretary David Hallinan has told auditors that submissions for possible car park sites were made and assessed by the department. However, he said it was ultimately decided through the Cabinet process that the government would choose projects.

Thirty-eight of the 47 car parks were selected “by the written agreement of the Prime Minister to a written request from ministers”, while seven others were announced as election commitments.

“The Prime Minister would ultimately write back to either Minister Tudge, the Deputy Prime Minister, the Finance Minister or Treasurer saying; ‘I've agreed to these projects being included’, but he was doing that on the basis of having received letters from [ministers],” Mr Boyd said.